Neebish Island is located Michigan’s beautiful Upper Peninsula in the St. Mary’s River and is approximately twenty miles south of Sault Ste. Marie, Michigan. Michigan’s Sugar Island lies to the north and Canada’s St. Joseph Island to the east. The St. Mary’s River, seventy-four miles in length, connects Lake Superior to Lake Huron. The river also serves as an international border between the United States and Canada. Of great significance is the role the river plays in international shipping leading to the St. Lawrence Seaway and eventually, the Atlantic Ocean. Ships, freighters, boats, and even a small cruise ship from all over the world pass by Neebish Island. The narrow width of the river allows you to see these boats from a close view.

Native Americans from the Odawa, Ojibwe, and Potawatomi tribes first came to the Great Lakes area around 1200. The Ojibwe word “aniibiish”, meaning “leaf” is believed to be the origin of the word “Neebish”. The first Europeans arrived in the 1600s.

Neebish Island is twenty-one square miles. The island is actually made up of two islands; Big Neebish and Little Neebish which are separated by a creek. The smaller island, on the east side, was once known as Rains Island after one of the first European settlers, Major William Rains. Another early settler was John McDougal Johnston and his wife. John, the son of a famous fur trader, was an interpreter for Henry Rowe Schoolcraft, a renowned Indian scholar and government superintendent of Indian affairs. Voyaging and traveling was easy on the east side as there were no rapids like those found on the west side. So, fur trade and lumbering mills flourished.

As boats became bigger and two-way traffic in the island’s east channel became more dangerous, it became obvious there was a need for a wider channel. In 1904, work began to widen and deepen the channel on the west side of Neebish Island. This area became known as the Rock Cut after the limestone was excavated, removed, piled or cut into large squares which were piled on the banks of the river as walls. Since 1908, shipping traffic uses the east side channel for upbound navigation and the west side channel for down bound navigation. With numerous shipping traffic passing by Neebish Island, the Coast Guard established several lookout stations both on the island and across the river on the mainland. Due to technical automation, only one lookout station remains standing. Lookout Station #4 is located near the mainland ferry dock. This building has become an iconic landmark which invokes that special feeling of coming “home”. A picture of the Lookout Station #4 is often used in Neebish memorabilia.

Little Neebish is mostly compromised of summer cottages with one full time resident. Currently, Neebish Island has a year around population of sixty-four residents. The total population peaks during the summer at approximately three hundred residents. Most of our full-time residents are retired. A very small percentage of full-time islanders still work and most work off the island. There are currently four school-age children, who are either home-schooled or attend public school on the mainland.

Currently, there are no year-around stores, no schools, and one seasonal church. There are no restaurants or bars. There are three summer resorts, with one having a seasonal store which sells terrific ice-cream! Medical services, including a volunteer ambulance service, are provided through the mainland. There are no medical clinics or pharmacies. Home health services are rarely provided, and hospice services are not available. The last existing farm, operating for over one hundred years, just ended their cattle farming in 2017. Volunteer firefighters operate under the Soo Township in Sault Ste. Marie. There is a small firehall on the island with two fire trucks, with island residents serving as volunteer firefighters. Internet and cellular service is very limited. Some live off the grid, without electricity or indoor plumbing.

What we lack in conveniences (Oh, by the way, we are not complaining…we love it this way!), we make up with a community filled with friendly, intelligent, creative, kind, and helpful people. We pride ourselves in being very resourceful and pulling together when times get tough. We are confident in our exchange of talents, skills, and abilities. We are certain we are prepared for almost any circumstance. We can’t think of very many issues that cannot be addressed. Someone will have what someone else needs. Our “be prepared” attitude and “can do” spirit has allowed generations of families to enjoy the isolation and tranquility our small island provides.

A two-minute water crossing, by a small car ferry will bring you to Neebish Island. The service is provided under a private contract with the Eastern Upper Peninsula Transportation Authority. Although it is a year-around service, ice can cause delays and cancellations during the winter months and spring break-up. When the Soo Locks re-open in late March and shipping traffic resumes, ice flow problems can cause islanders to be stranded on the island for weeks. Of course, many islanders also have boats, snowmobiles, ATV’s, UTV’s, air sleds, or air boats for both recreation and necessity. Some years, ice bridges form between the island and Barbeau, our mainland “family”. Both residents and mainlanders take advantage of the recreation and freedom an ice bridge provides.

While most Neebish islanders prefer the isolation and solitude surrounded by natural beauty, there are opportunities to socialize. Current organizations include the Neebish Botanical Project, Neebish Island Women’s Group, Pioneer Association, Neebish Island Improvement Association, and the Neebish Island Presbyterian Church. Some hope the previous historical society will be brought back to life. Many are discussing the desire to preserve history with a museum someday. Neebish Island uses the previous school as its seasonal community center where hand stitched quilting is still done; Neebish memorabilia is sold for charity; euchre is played; a local, donation-based library is housed; coffee hour is held; and various, long-standing traditions are enjoyed. These include an annual ice-cream social, pancake breakfast, bazaar, harvest dinner or Halloween party, euchre tournament, and Christmas party. By the way, Santa loves Neebish Island!

Despite the absence of formal recreational activities or trails, islanders and visitors have plenty to do outside. Hunting, fishing, hiking, snowmobiling, walking, bicycling, boat watching, bird watching, four-wheeling, skiing, snowshoeing, making maple syrup, swimming, kayaking, and boating are among the favorite activities.

Unlike many islands, Neebish is not a tourist destination. Still, many people, including those who live here really enjoy the chance to get away from it all. Generations of families who continue to live and vacation on Neebish Island may tell you so much has changed. However, even more will tell you so much has stayed the same and that’s why we’re here.

A Look at Neebish Island 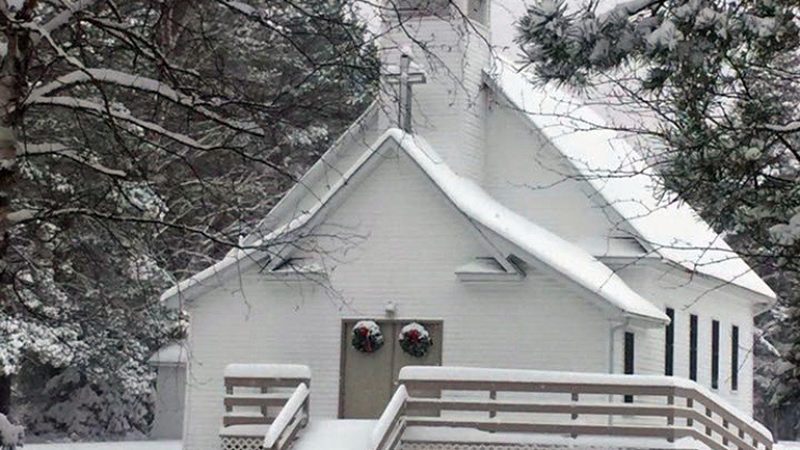 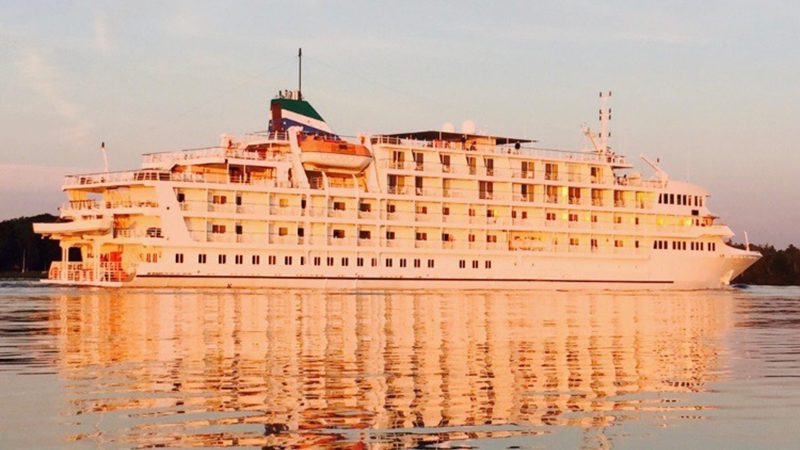 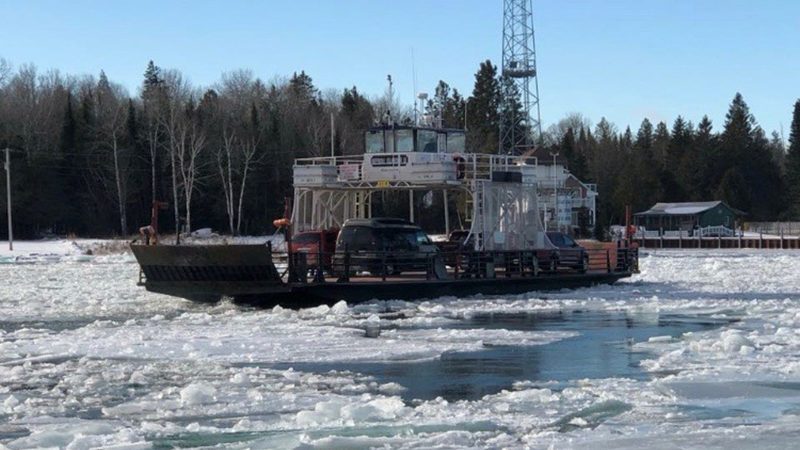 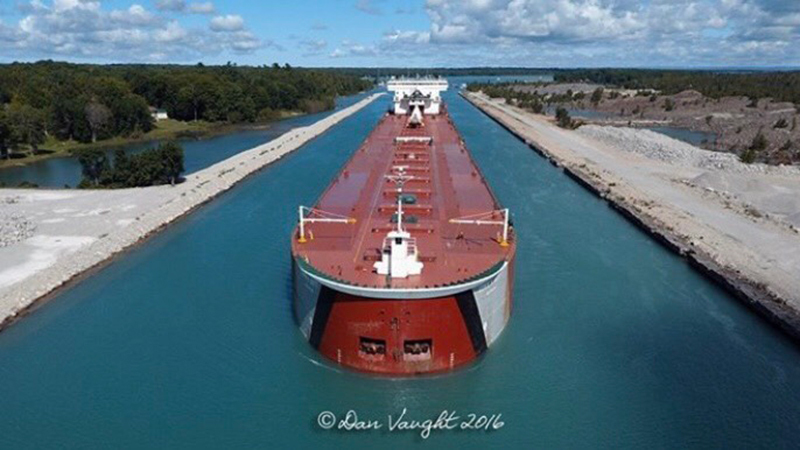 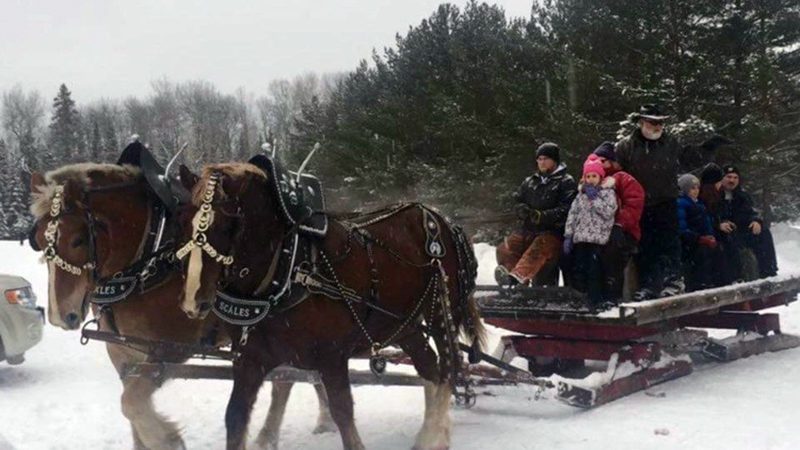 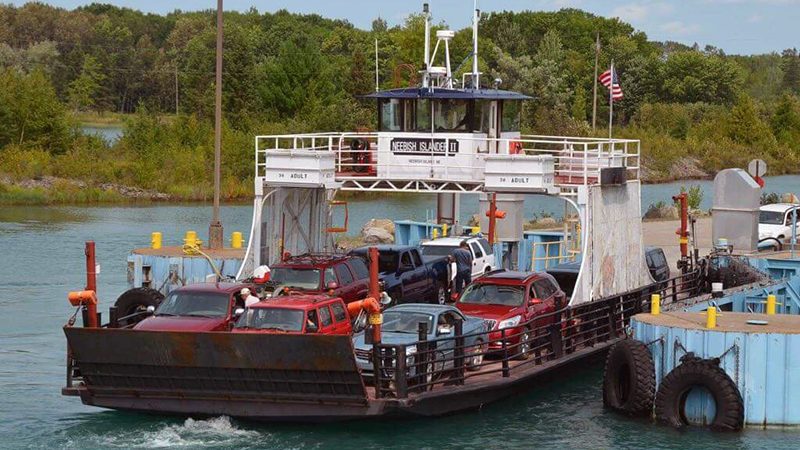