Crossroads of the Great Lakes

Located at the eastern end of the Straits of Mackinac sits Mackinac Island—pronounced Mack-i-naw—nestled quietly in the place where Lake Michigan meets Lake Huron. Mackinac Island has a small year-round population of about 500 people that rises significantly in the summer due to tourism. The island’s tourist economy brings a brigade of workers to live on the island during the warmer months. Often referred to as the “crossroads of the Great Lakes,” Mackinac Island is a truly unique place with a rich cultural history, military legacy, and incredible natural beauty that has made it a popular site to visit and live since the late 1800s.

Part of what makes Mackinac unique is its decision to ban automobiles in 1898 after too many horses were startled by roaring engines, making the eight-mile highway encircling the village the only highway in the U.S. where motor vehicles are not allowed. Residents and visitors navigate the island by foot, bicycle, or horse-drawn buggies. The island’s car-free roads and paths will lead you to various rock formations and caves formed by glacial activity that are strewn around the island and open to the public. The most famous is perhaps the Arch Rock, a 144-foot tall natural limestone arch on the eastern side of the island that overlooks the shoreline of Lake Huron. The Devil’s Kitchen, Skull Cave, and Sugar Loaf are just a few of the other natural formations that people flock to see each summer. In addition to its geological wonders, the island is home to a bevy of beautiful Victorian homes and 19th century churches, over 70 miles of hiking trails, nearly 15 fudge shops, and the Grand Hotel which still sits on the south shore of the island.

In addition to the beauty and charm that draws visitors to Mackinac each summer, the island’s impressive facilities and services make it a great place to live year-round. Our state-of-the-art medical center is open year-round for routine as well as emergency care, and our sophisticated water treatment plant has earned us the prestigious “best tasting water” award. Local efforts like theses along with our advanced recycling and composting initiatives put Mackinac Island ahead of many metropolitan cities. Mackinac Island is the perfect place to get away from the hustle and bustle of traffic to step back in time and take in the quality of life at a slower pace.

Mackinac Island formed around 13,000 BC when the glaciers of the last Ice Age melted and the Great Lakes were formed. Artifacts found on the island date Native American’s presence back to as early as 900 AD. The name “Mackinac” is a shortened form of the Ojibwe word “Mishimikinaak” or “Mitchimakinack,” which means “Big Turtle.” While the shape of the island certainly resembles a turtle, the Anishinaabe also know the island as the home of a Great Spirit that is symbolized by the sacred figure of a turtle. In Anishinaabe culture, the turtle represents Mother Earth and signifies good health and long life.

Since the original Native inhabitants, Mackinac Island has changed hands many times throughout its history. The first European presence on the island was in the mid-1600s, followed by the first settlement in 1671 when Father Jacques Marquette founded a mission that remained on the island for a year before relocating. After two relocations, the mission was established near present-day Mackinaw City in 1708 in close proximity to the French’s fur trading fort. When the British seized control of the French’s fort after their victory in the Seven Years War, they subsequently dismantled the fort to move the garrison and the fur trade back to Mackinac Island during the American Revolutionary War. Mackinac Island’s tall limestone bluffs and it’s higher elevation towards the center of the island was thought to be an ideal landscape for battle by the British. Fortunately, Fort Mackinac was never attacked during the Revolutionary War. The United States acquired the territory and the fort after the Treaty of Paris ended the war in 1783; however, the British did not officially give up ownership of the fort until the mid-1790s.

Mackinac Island was again a point of contention during the War of 1812, when surprised American troops surrendered Fort Mackinac—then called Fort Michilimackinac—to British soldiers. The British forces built a second fort on the island, Fort George, to use as a vantage point and stockade. Displeased with the surrender, American military leaders planned an attack to recapture the fort in the legendary Battle of Mackinac Island of 1814—the only battle ever fought on the island. Although the U.S. troops were handily defeated by the British-occupied forts, the end of the War of 1812 and the Treaty of Ghent returned the island and both forts to the control of American forces. They renamed Fort George “Fort Holmes” in honor of Major Andrew Holmes who was killed during battle.

After the war, Mackinac Island began to thrive as it became a hub for fur trading throughout the 1820s, fashioning America’s first self-made millionaire John Jacob Astor. Shortly after, the fishing industry also began to boom, but the island did not remain a sleepy fishing town for long. As early as the 1850s, Mackinac Island began to attract tourists, and when the Civil War ended and railroads spread across the nation, the tourism industry grew tenfold. Mackinac Island became America’s second national park in 1875—just three years after Yellowstone—bringing another influx of visitors, and in the late 1800s, the introduction of sport fishing attracted even more guests. Mackinac Island became a state park in 1895 when it was transferred from the federal government to the state of Michigan. Today, Mackinac State Park represents approximately 83% of the island, the entirety of which was listed as a historic landmark in 1960. The Grand Hotel was built in 1887 to accommodate visitors on the island and has since remained the largest summer hotel in the world and a popular icon of the island’s tourist culture.

A Look at Mackinac Island 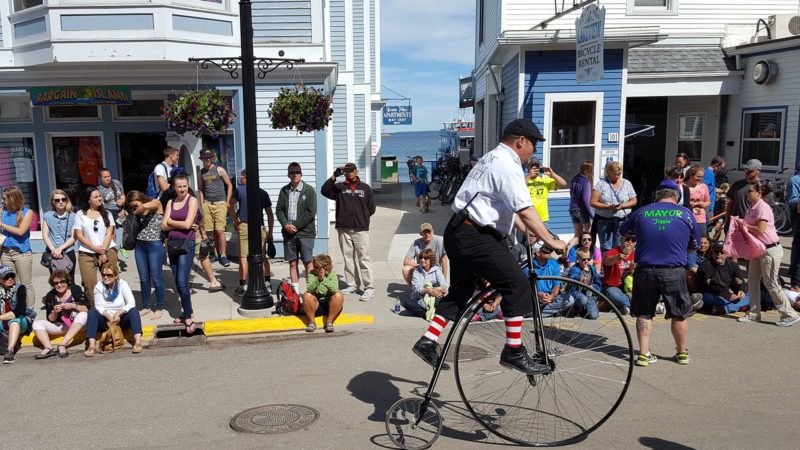 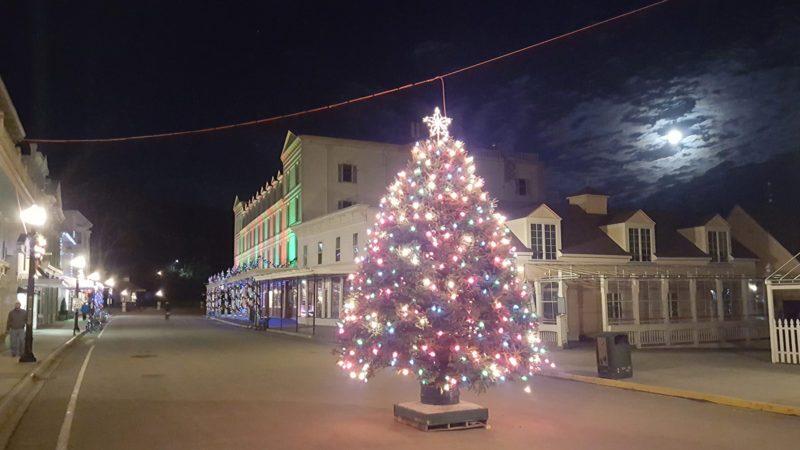 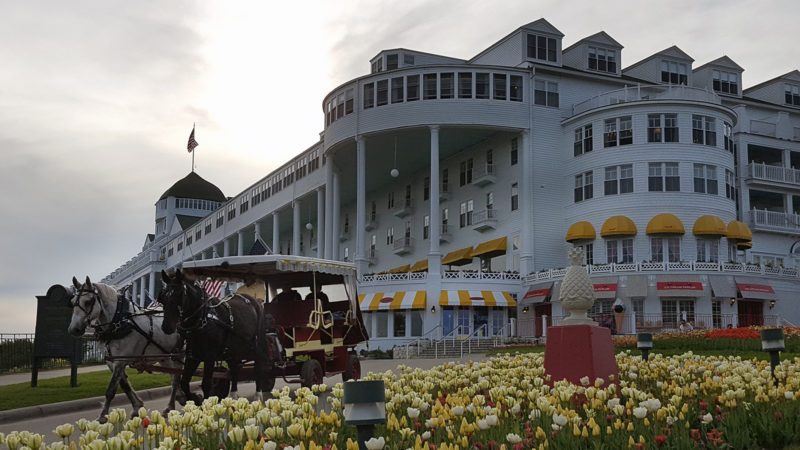 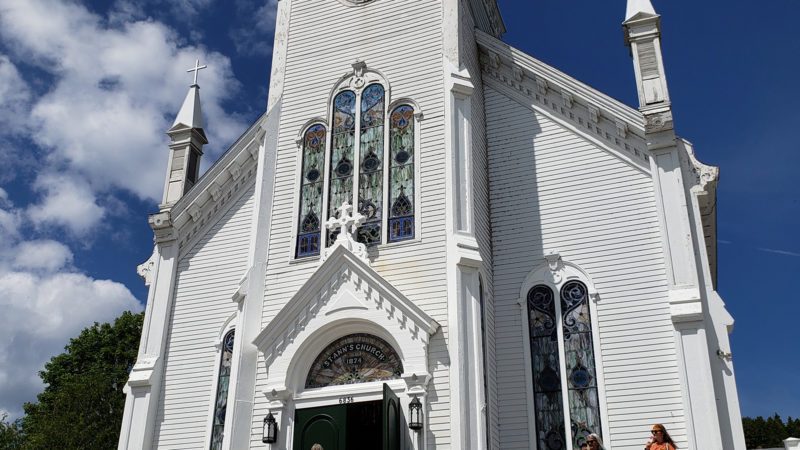 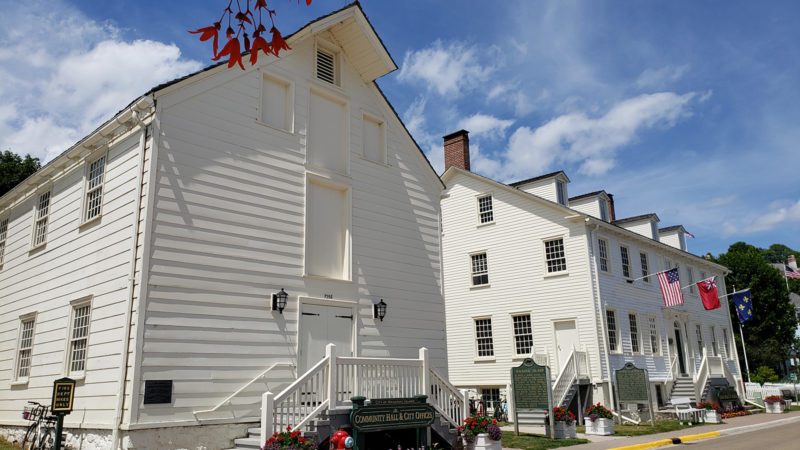 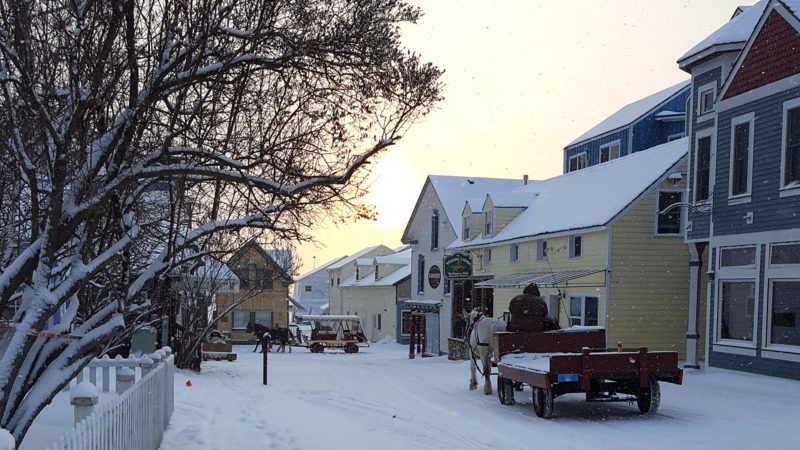 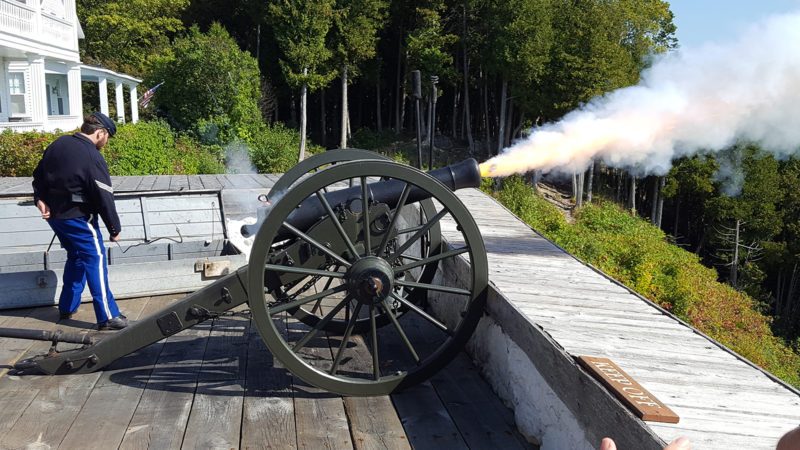