Bois Blanc—or “Boblo” as it is known by locals—is Mackinac Island’s much larger neighbor to the east. In fact, it is the largest island in the Straits of Mackinac and is not to be confused with the Canadian island known as Boblo located in the Detroit River. The island spans twelve miles east to west and six miles north to south. Island residents enjoy the quality of life provided by Boblo’s expansive woodlands, sparse population, and lightly traveled landscape.

As one of the most remote places in Michigan, Bois Blanc is perhaps best known for its isolation and solitude. It is home to several large inland lakes with only a handful of cottages dotting the shore and miles of unspoiled wilderness. In addition to the large population of whitetail deer, it is common to see coyotes, foxes, bald eagles, and the occasional bobcat. Boblo is also the only part of the Upper Peninsula where rattlesnakes—specifically the Massasauga Rattler—can be found.

Unlike its famous island neighbor Mackinac, Boblo depends on motor vehicles to travel its many miles of unpaved roads and trails. Along the way, you will only cross by one small store and restaurant, one tavern, a post office, a fire hall, a township office, a church, a chapel, and a fully-operational, one-room schoolhouse. Bikes, ORVs, and kayaks are used by residents and visitors to explore some of the Island’s most remote areas. Some say visiting Bois Blanc is like “going back in time” because of its slow, rural pace. Islanders always wave as they pass each other on the road and always stop to help if someone is in need.

Boblo lies five miles off the northern tip of the Lower Peninsula and can be reached by a car ferry out of Cheboygan. The ferry service typically runs from late April through early December, weather permitting. Boblo also has an unmanned airport which allows year-round access to the island by plane. While there are only a few dozen full-time, permanent residents, there are hundreds of seasonal residents and a few thousand visitors each year.

Logging was a major part of Bois Blanc Island’s history. Bois Blanc lumber was used to build many of the structures on Mackinac Island and at Fort Michilimackinac. During the early 20th Century, so much timber was being harvested from Boblo that a small island railroad was established to carry the timber to the boats and barges. The railroad was dismantled in the early 1920s. Following the discovery of remains dating from 900-1400 AD, an archaeological site—now known as the Juntunen Site—was established at Bois Blanc’s west end in the 1930s. Relics from 19th century military activity have also been found throughout the Island. The Bois Blanc Lighthouse—now privately owned—stands near the tip of Lighthouse Point on the Island’s north shore. A light was first established there in 1829 and was rebuilt twice thereafter. The lighthouse built in 1867 is still standing today, though it is no longer active and has been replaced by a steel marker light.

Pointe Aux Pins—also known as “The Pines”—was established on Boblo near the end of the 19th century as a resort community. Many of the cottages built at that time are still standing today, and many remain owned by the same families that occupied them during that time. The Bois Blanc Island Historical Society curates a wealth of information, photos, and personal accounts from those early days, and their small museum opens for visitors during the summer months.

Tourists are always welcome, but Bois Blanc remains content to be “hidden in plain sight” and just allow people to discover it quietly. Its remoteness and lack of amenities offer Boblo visitors a one-of-a-kind experience for camping, hiking, fishing, hunting, bird watching, or just relaxing off the grid.

A Look at Bois Blanc Island 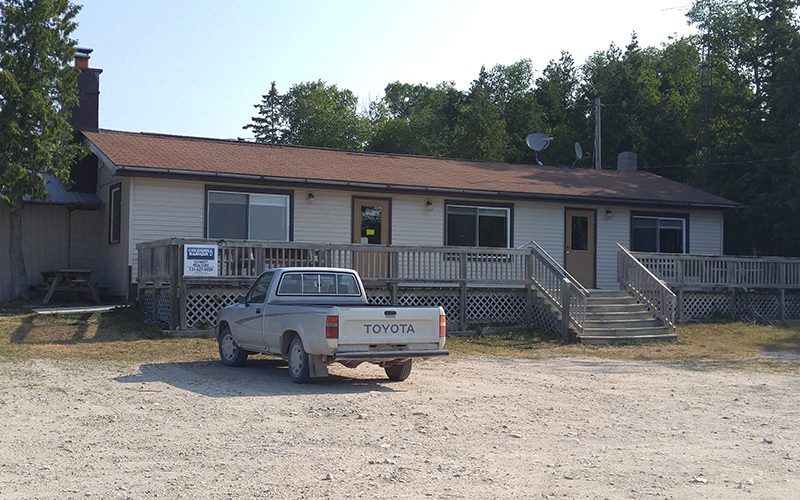 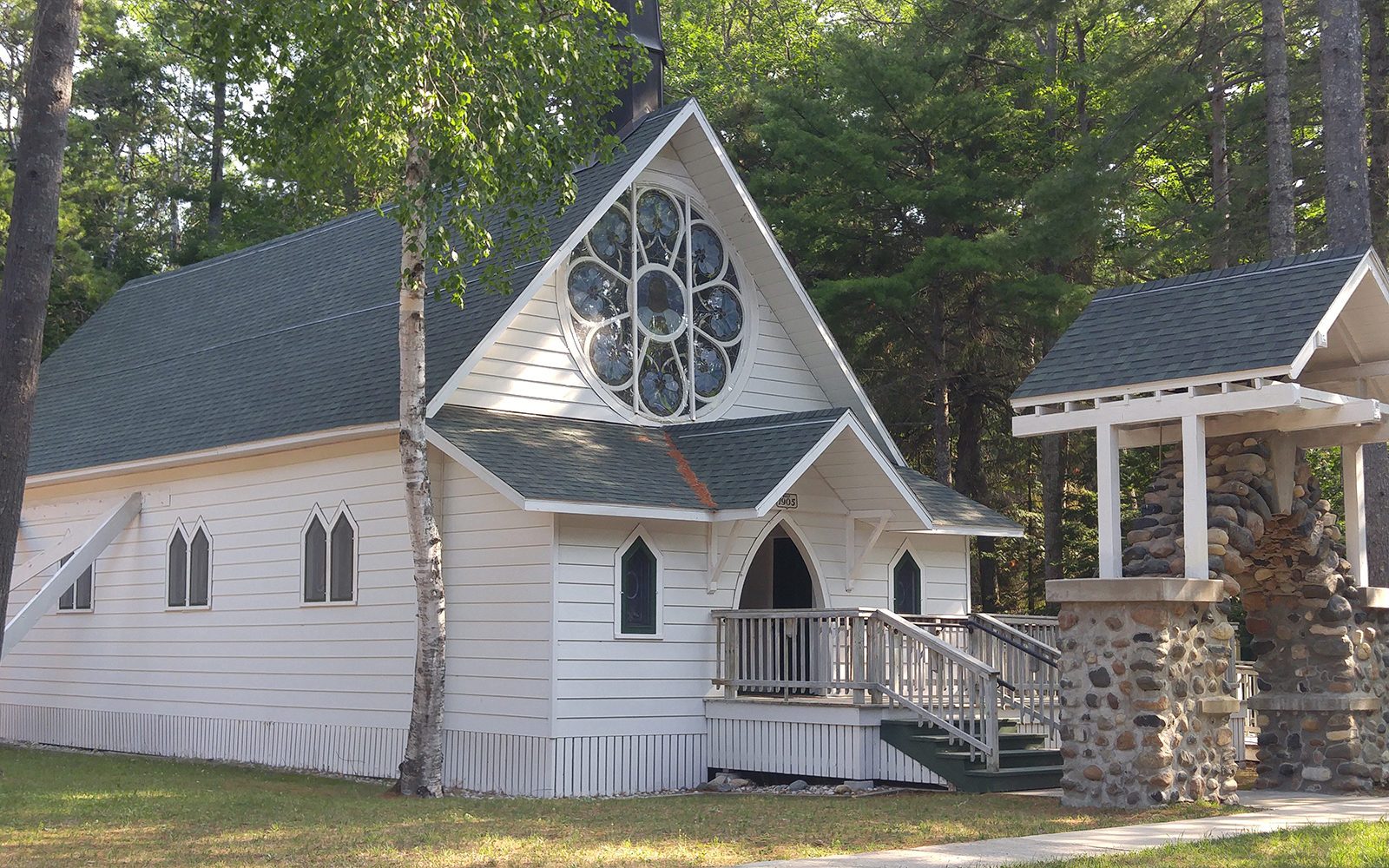 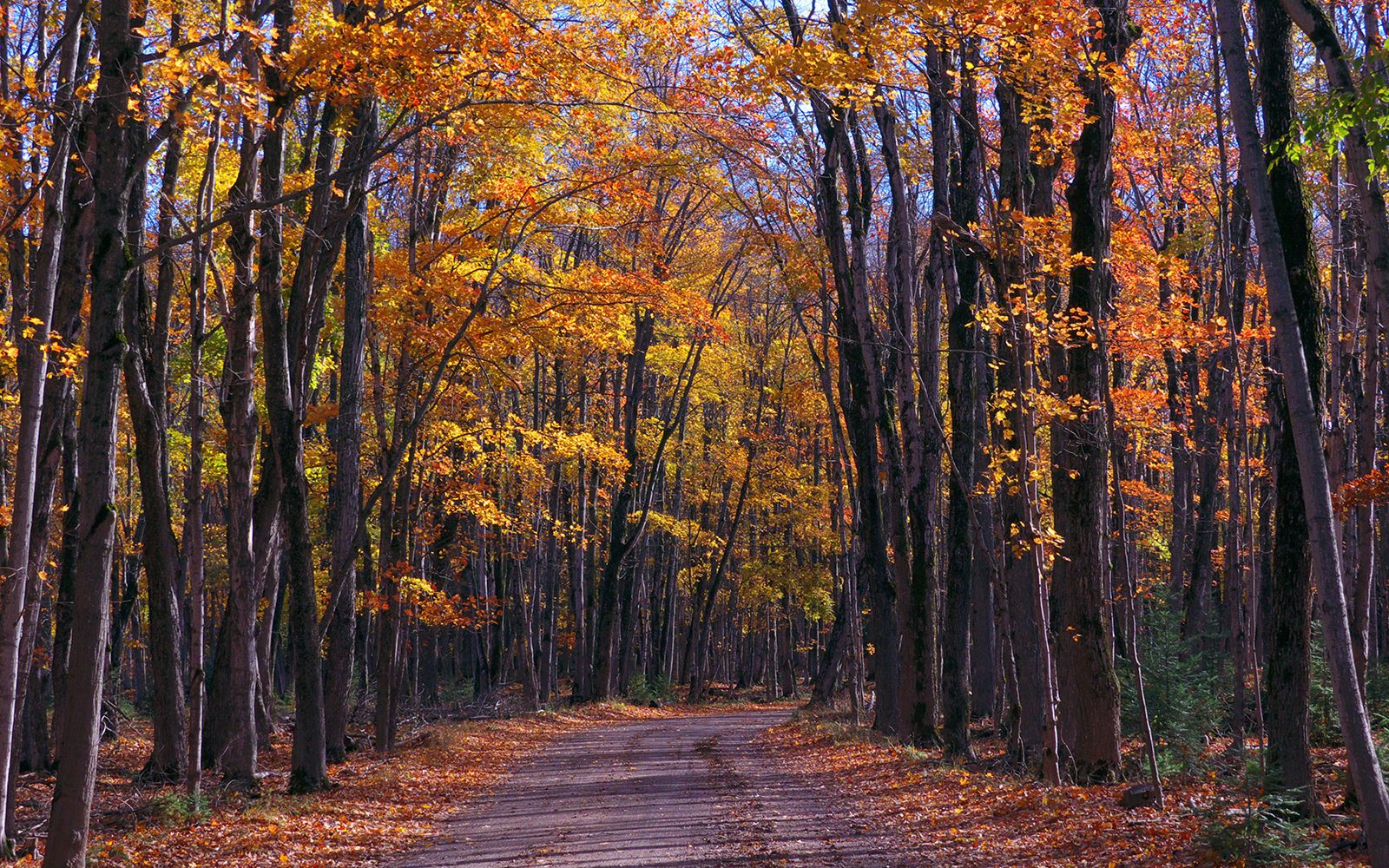 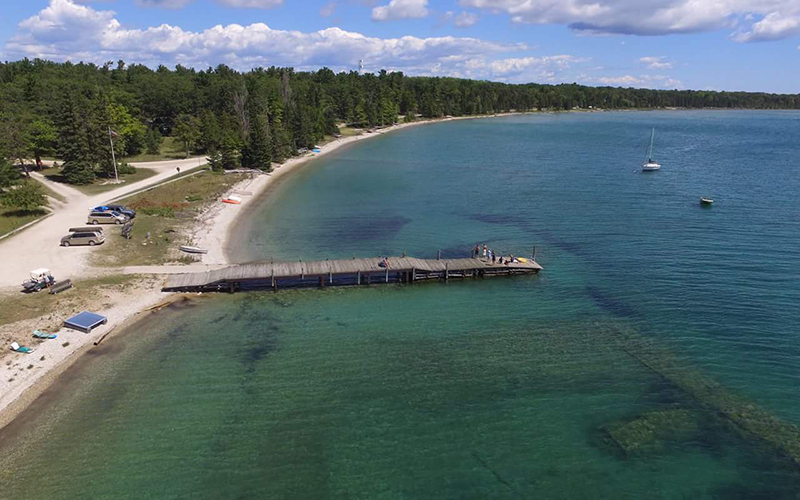 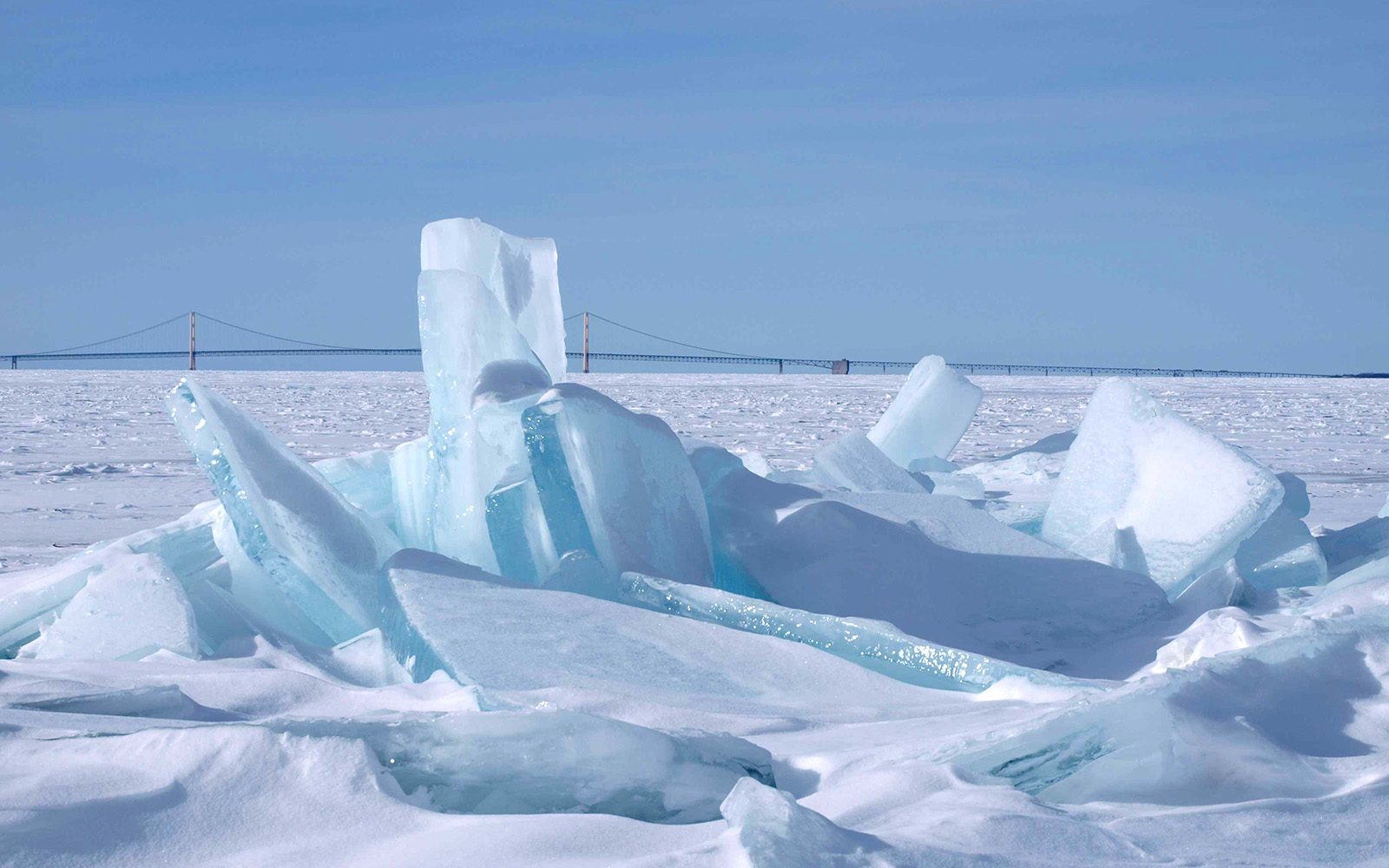 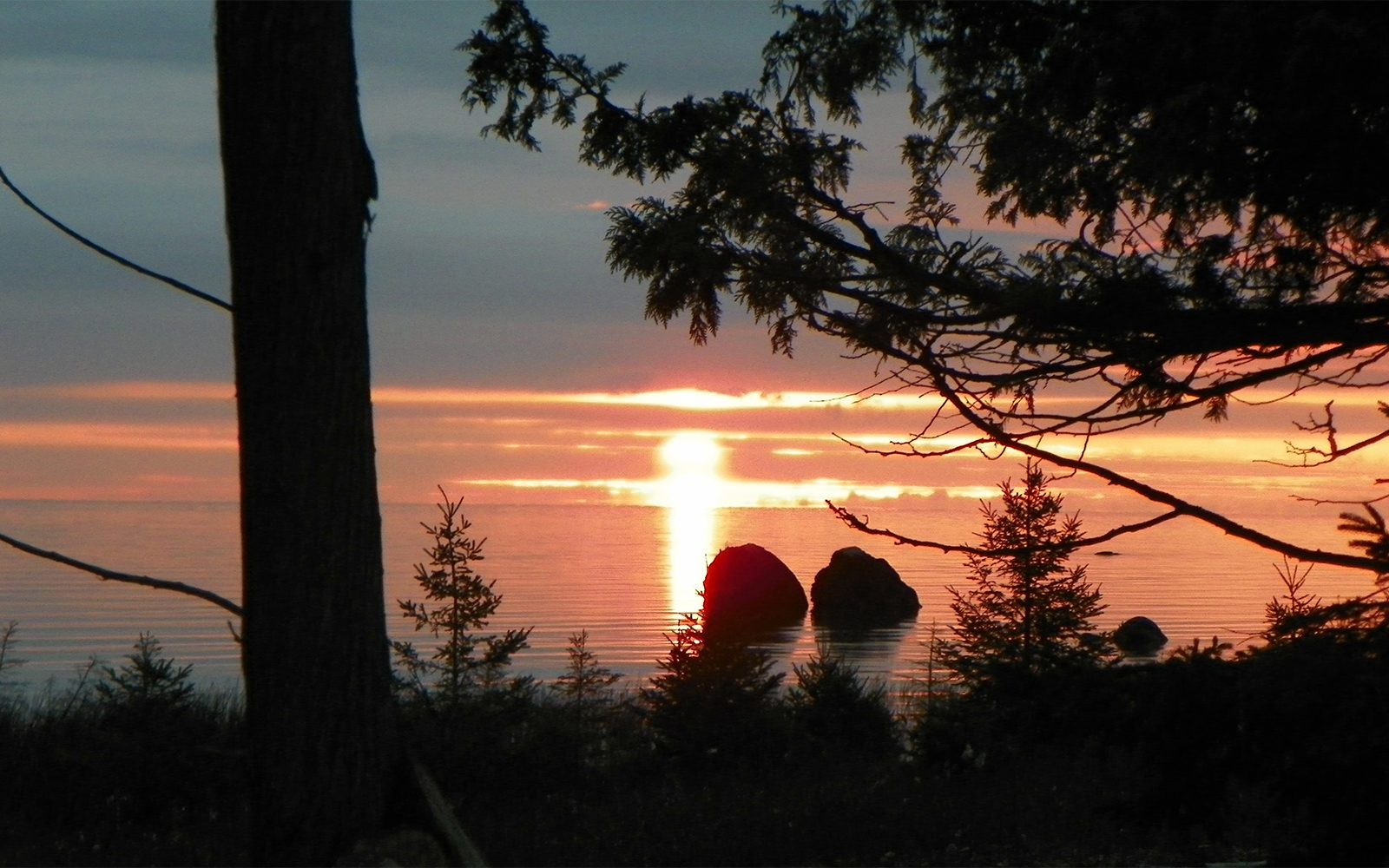 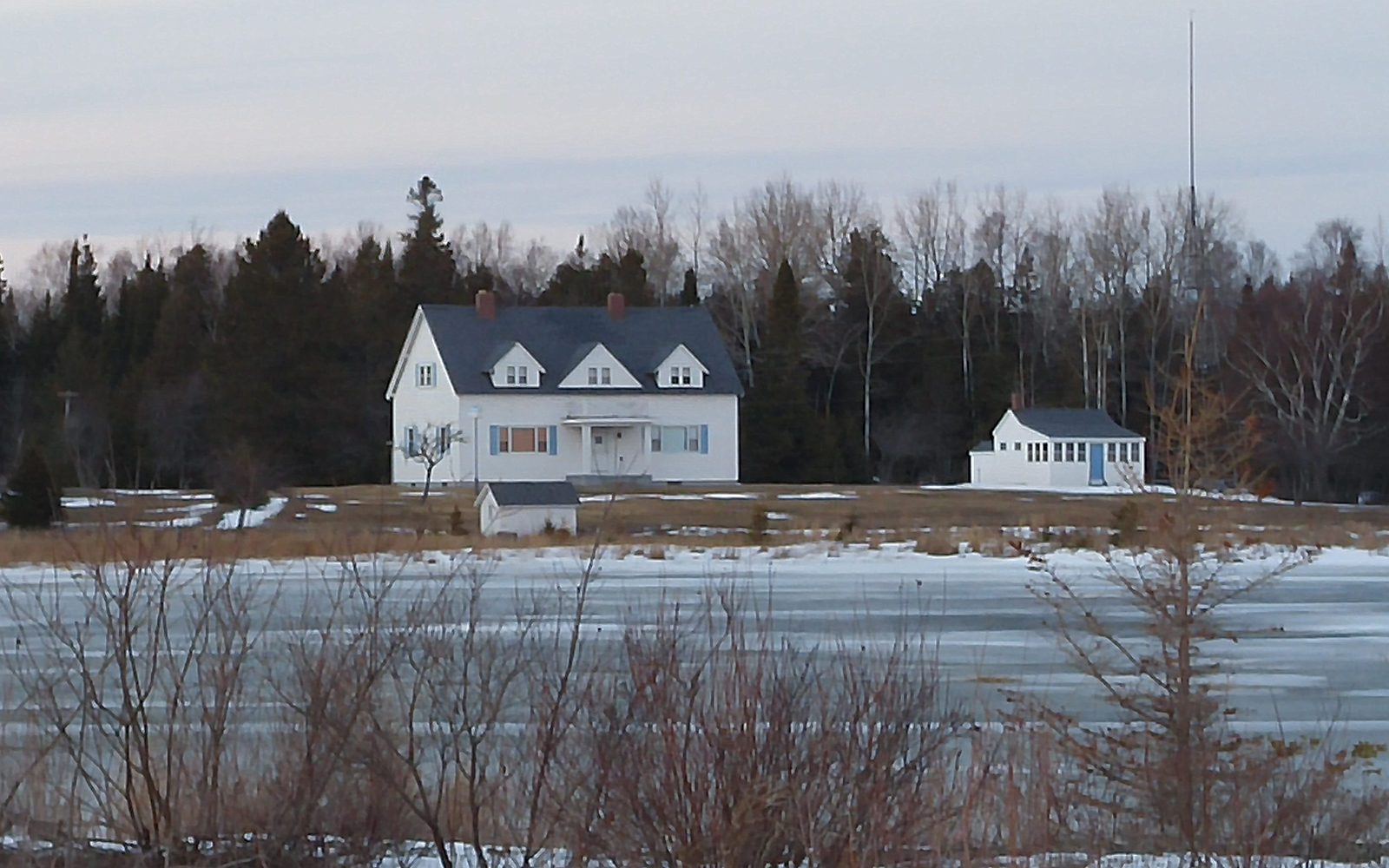