The Gem of Door County

Located in the crisp and clear blue waters of Lake Michigan, Washington Island is a place where daily life is enhanced by friendly waves from passing strangers, each unique sight and sound of the island’s stunning shoreline, and the enthusiastic embrace of a community and culture rooted in an island way of life. Washington Island is the largest of Door County’s 30 islands and features 22 square miles of land and 100 miles of paved roads without a single traffic light or shopping mall eclipsing the island’s scenic routes. Residents and visitors travel to Washington Island year round by ferry, boat, and plane to catch a glimpse of the island’s rocky beaches, limestone bluffs, and picturesque local shops. From Washington Island, the Karfi ferry will take you to Rock Island State Park, Wisconsin’s only 900-acre state park.

Washington Island is home to 710 year-round residents that sustain the island’s rich history and culture experienced by thousands of visitors each summer. The island is home to the second oldest Icelandic settlement in North America, and its northern European roots are celebrated and honored during various Icelandic festivals held throughout the year. The vibrant culture of the island is represented through the sight of Icelandic horses grazing in farm fields, the taste of local culinary delicacies like the “lawyer fish,” and the act of learning traditional ways of weaving and spinning from local fiber artists in a circa 1895 schoolhouse. The Stavkirke Church is another source of the island’s unique culture that pays tribute to its Scandinavian roots. Its astounding wooden architecture is meant to resemble that of an ancient Norwegian Borgund chapel of 1100 AD, and its meditative prayer path through one of the island’s forested areas has an enchanting allure.

You can learn more about the island’s community and culture through picking up an issue of the Washington Island Observer, the island’s own local newspaper. The Observer has nearly 1,000 subscribers, 2,000 newsstand readers, and 70 volunteer writers that have contributed to the newspaper over the past three years. In 2017, the paper was an award winner of the Wisconsin Newspaper Association Better Newspaper.

Frenchman Jean Nicolet arrived on the shores of Washington Island in 1635, marking the beginning of French settlement on the Island. Followed by fur traders and missionaries, the island began to emerge as a prominent destination in the Great Lakes’ maritime history. Long before French settlement, the island was home to the Ojibway people who named this place Wassekiganeso, or “his breast is shining,” in reference to the sun’s glimmering reflection off the island’s limestone cliffs..
In 1850, a town that encompassed Washington, Rock, and Detroit Islands was established at Henry Miner’s house on Rock Island. During this period, settlers arrived on Washington Island from Norway, Sweden, and Denmark to fish, farm, and log. The island’s diverse array of exports have traveled as far as Chicago throughout its maritime history and have included everything from lumber, stone, and Christmas trees to fish, potatoes, and ice.

During the Fur Trade, the Island’s narrow 6-mile-wide passage was named the “Door of Death” by Native Americans and French Voyagers who navigated the turbulent currents of Lake Michigan on birch bark canoes. Hundreds of ships thrashed and floundered in Death’s Door prior to modern navigation devices, including more than 100 large vessels that were stranded or damaged in the Fall storms of 1872. Although protection from the Coast Guard has minimized the danger of traversing this passage, the infamous Death’s Door continues to incite mystery and wonder among residents and visitors alike.

Our Chamber of Commerce has more information and also serves as our Visitor Bureau.

A Look at Washington Island 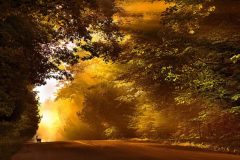 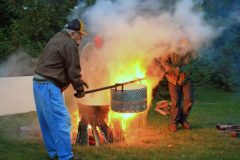 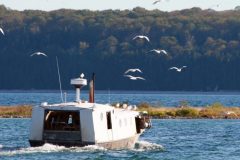 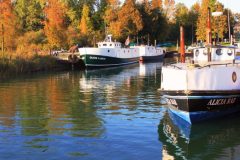 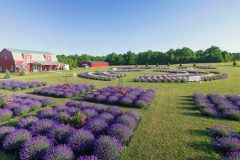 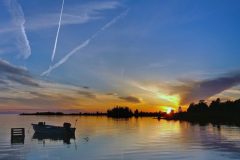 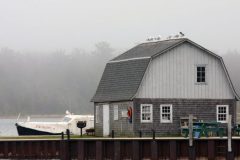 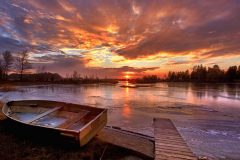 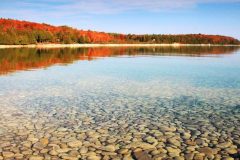 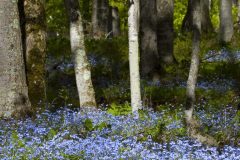